Meet the Directors of CBID 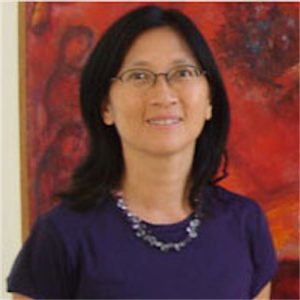 Jeannette Yen received her Ph.D. in Oceanography at the University of Washington in 1982. She received tenure at SUNY-Stony Brook in 1995 and was promoted to Full Professor in Biology at the Georgia Institute of Technology in 2002. In 2004, Dr. Yen was Chief Scientist on a twelve day oceanography research cruise to Antarctica. With the formation of the Center for Biologically Inspired Design, Jeannette became Director of CBID at Georgia Tech in 2005. Dr. Yen is an oceanographer working at the interface between animal behavior, fluid mechanics and environmental sciences.

Her research in aquatic ecology examines signal recognition by planktonic copepods in a transitional fluid regime and their capability for three-dimensional information processing. The goal of this research is to determine how aquatic microcrustaceans are able to discriminate biological signals from background small-scale turbulent fluid flow. Using high resolution optical techniques, her laboratory team examines plankton responses to physically-derived flow and biologically-created cues. One current research focus is on 3D mating strategies of oceanic plankton, and how copepods use their asymmetric linear array of sensors to guide chemical trail tracking in a low Re regime. Research is supported by the National Science Foundations Offices of Biological Oceanography, Sensory Systems, and Polar Programs as well as by the Office of Naval Research. Professor Yen teaches freshman biology, animal behavior, and sensory ecology. By supporting efforts to raise the visibility of women in science, Jeannette continues to promote diversity and equity in academia. 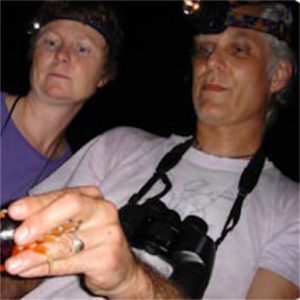 Marc Weissburg received a PhD from the Department of Ecology and Evolutionary Biology at SUNY Stony Brook in 1990, received tenure at the Georgia Institute of Technology in 2003, and became co-Director of the Center for Biologically Inspired Design in 2005. He is a Brook Byers Institute  of Sustainable Systems Professor. Dr. Weissburg has a long standing interest in comparative and interdisciplinary approaches that lead to understanding animal solutions. His research concerns the mechanisms of information acquisition for fluid mechanical and chemical signals by animals, and the consequences of perceptual abilities for populations and communities. This work merges sensory physiology, biology, ecology, fluid physics and chemistry.

Dr. Weissburg has substantial collaborations with engineers and chemists to both understand the structure of natural signals, and use principles derived from biological sensing strategies to enhance sensing techniques in human built systems. He also has an active research program in using ecological network analysis to develop more sustainable manufacturing and human infrastructure systems. Work in these areas has been funded by the Office of Naval Research, the Defense Advanced Research Project Agency, the NSF Office of Polar Programs, and NSF programs in Oceanography and Sensory Systems and Sustainable Manufacturing. He teaches comparative physiology, ecology, and Bio-inspired design methodology. 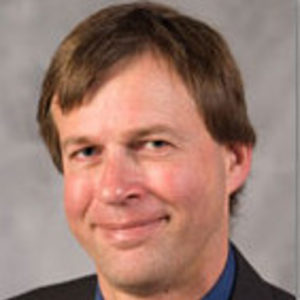 Dr. Bert Bras is a Professor at the George W. Woodruff School of Mechanical Engineering. He came to Georgia Tech in 1992 and started working on incorporating environmental issues into mechanical engineering.

His research focus is on sustainable design and manufacturing, including design for recycling and remanufacture, bio-inspired design, and life-cycle analysis. His primary research question is how to reduce the environmental impact of companies while increasing their competitiveness, i.e., how to promote sustainable development from a triple bottom line perspective. For his research, he has collaborated and received funding and donations from institutions such as the National Science Foundation, the Georgia Research Alliance, Army Environmental Policy Institute, AT&T, Motorola, Chrysler, Lucent, Interface Flooring Systems, and Ford Motor Company, among others. He has authored and co-authored over 140 publications in his research area. He has developed and taught undergraduate courses related to Environmentally Conscious Design & Manufacturing since 1993. He is also a member of the Systems Realization Laboratory. 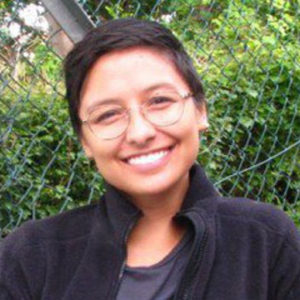 Dr. Kate Fu is an Assistant Professor in the GWW School of Mechanical Engineering, and joined Georgia Tech in 2014. Her work focuses on studying the engineering design process through cognitive studies, and extending those findings to the development of methods and tools to facilitate more effective and inspired design and innovation.

Dr. Fu is director of the Engineering Design Research Lab (EDRL) at Georgia Tech. Through the EDRL, she strives to support and enhance design innovation and creativity.  She is an expert in design-by-analogy, the umbrella field of biologically inspired design, and has published multiple papers on the psychology of design-by-analogy and how it can be supported through computational tools. Her research team has worked in a number of different areas, including design heuristics and knowledge codification, data mining and semantic analysis in design contexts, design ethics, design and engineering education, design intuition, and design cognition in general. Her work in these areas has been funded by multiple awards from the National Science Foundation, the Georgia Tech Center for Space Technology and Research (C-STAR), and industry collaborators.

She was awarded the ASME Atlanta Section Award “Early Career Engineer of the Year” in 2015 for her role in the creation of a new Atlanta Council’s Own Junior Girl Scout Badge in Mechanical Engineering.  She serves as the ME faculty Liaison to the Georgia Tech LGBTQIA Resource Center. In 2018, she was awarded the Georgia Tech Faculty Diversity Champion Award for her commitment to diversity, equity and inclusion. 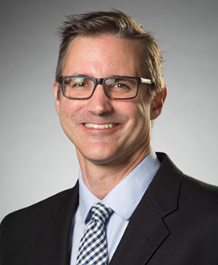 Dr. Helms received his Ph.D. in Computer Science from the Georgia Institute of Technology, where his research focused on improving design creativity.  In addition to teaching biologically inspired design and cognitive science at Georgia Tech, Dr. Helms has over 40 peer reviewed publications in the field. Dr. Helms current research focuses on improving engineering education in K-12 engineering courses, and on developing a pipeline of innovative and environmentally conscious future engineers. Through his work with various industries and working groups such Kimberly Clark, Boeing, and the Innovation Research Interchange, Dr. Helms works with external partners to understand and implement biologically design in industrial settings to increase design innovation and better manage uncertainty. Prior to his academic career, Dr. Helms provided data strategy consulting to Fortune 500 companies for more than a decade. 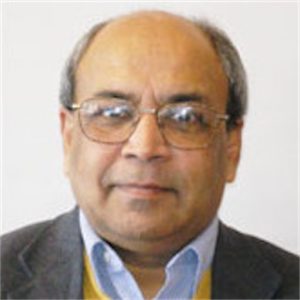 Ashok K. Goel is a Professor of Computer Science and Cognitive Science in the School of Interactive Computing at Georgia Institute of Technology, and Director of the School’s Design & Intelligence Laboratory. Ashok develops cognitive theories of biologically inspired design and design learning as well as artificial intelligence technologies for supporting the practice and learning of biologically inspired design.

His Tedx talk summarizes some of this research, and his talk to the Sixth Biomimicry Education Summit discussed its impact on the teaching and learning of biologically inspired design. Ashok recently co-chaired two NSF Workshops on  Charting a Research Agenda for BioInspired Design and is presently co-editing a volume on Computational Methods and Tools for Biologically Inspired Design. He serves on the Board of Directors of the Biomimicry 3.8 Institute and the Advisory Board of the Bioinspired! digital magazine. 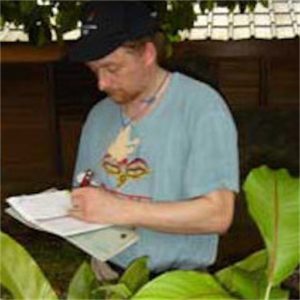 Craig A. Tovey is an operations researcher with specialties in combinatorial optimization and probabilistic analysis. He has made many contributions to basic theory and application in OR, particularly in local search algorithms. In addition he has done influential work by cross-pollinating OR with political science and animal behavior, such as the introduction of computational complexity and epsilon-equilibria to voting theory, and of probabilistic modeling to the study of honey bee colonies. He has published papers in a wide variety of highly ranked journals and conferences, including, in the following fields:

Optimization: Mathematics of Operations Research, Algorithmica, Mathematical Programming, Journal of Algorithms, SODA,SIAM Comp., SIAM Review; Discrete Mathematics: Journal of Combinatorial Theory (B), American Mathematics Monthly, SIAM Discrete; Robotics and AI: ICRA, IROS,AAAI; Biology: PNAS, Animal Behaviour, Behavior; Voting Theory and Political Economy: JET, SCW; Applications: Operations Research, IEEE-CHMT,IEEE Trans. CADICS, Interfaces.. Other referred publications include a Scottish Country dance in the First San Francisco Collection and a humorous article in the Journal of Irreproducible Results. Tovey received his A.B. Magna Cum Laude from Harvard College in 1977, and an M.S. in Computer Science and Ph.D. in Operations Research, advised by George Dantzig, in 1981 from Stanford University. He then joined the faculty at Georgia Tech, where he is Professor in ISyE and CoC, punctuated by stints as Visiting Scholar, Bell Labs, NRC Senior Associate, NPS, and Principal Software Developer (CPLEXversions 7.5 and 8.0), ILOG, Inc. He has consulted for AT&T, Weyerhaeuser, Freddy Mac, IDSC, and other companies. Honors and awards include 2nd U.S. Olympiad, Georgia Tech Institute Fellow, NSF PYI 1985 (one of two in OR), Jacob Wolfowitz Prize. His Erds number is 1. He loves chocolate, music, books, religion, friendship, dance, math, cooking and eating, (and, according to his family and friends, talking.) He is especially proud of his email alias, cat@gatech.edu, and of his family, wife Gail, and four amazing children, Kendl, David, Leo, and William.